My Belgian Buddy aka Emma (whom I probably talk about in at least every single blog post–annoying yet lol?) and I just finished our fourth read in our best friend book club! Our goals were to read the rest of the Outlander series together (along with the Lord John Grey series because hello, who doesn’t love him?) and we are nearly there!

This year we read three (3) books in the series! Yes, you read that correctly! For those of you not familiar with the series, each book will set you back at least 1,000 pages of reading time. I think maybe the first one is the only one exempt from this category. But feel free to correct me if I’m wrong! My memory isn’t quite what it used to be.

Prior to starting this serial buddy read with her, I think I was averaging  one (1) OL book every six to eight months. Meanwhile Emma read three (3) in one month haha. So I suppose the 3-4 months it takes us to get through the next three books kind of evens out our reading paces. 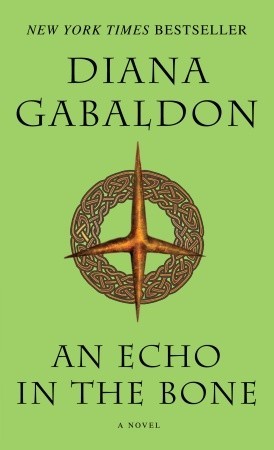 Anyway, this latest one was titled An Echo in the Bone. (See my previous post about it if you want to see her pretty cover. Mine is the one featured in this post). And just like  almost every other novel in the series, it leaves a lot of things up in the air at the end. I think you can kind of see through our commentary below (found in my bullet journal) that we were simultaneously amused, confused, and frustrated by everything that was jammed packed into this 1,000(ish) page read.

Yes, there are explicit words below, so consider this your warning. As far as my ranking of the books in the series, I think I find them all pretty much on even ground. The only book that felt torturous to read was The Fiery Cross. Good thing I didn’t start doing these commentary pages then, it would have been me complaining the whole time with Emma calmly telling me there has to be a reason for this. Drums of Autumn was hard to get through as well. I think a lot of this is attributed to the fact that Claire and Jamie take up residence in a “new world,” (sort of punny if you know where they end up in this book) so a lot of new world building needs to take place.

But all of that aside DG does a great job at world building, character development and slowly revealing the significance of seemingly insignificant details. I seriously recommend this series to my historical fiction lovers who love time traveling to different periods in history.

I gave this one four (4) stars. It’s fast paced and quick (well as quick as a 1,000 page read can be ;)), and there are several storylines that run parallel to one another, which I think helps break it up. Still, these books are a rather large time commitment to read, so I highly recommend the buddy read system for them! I definitely wouldn’t be this far along in the series without Emma.

Also, check out the television series as well! It very closely resembles the novels, which makes me as a fan verra (‘very’) happy. Season 4 premiers on November 4th! I know Emma and I cannot wait to begin watching it during our ‘down time,’ between books.

Anyway, onto my second mini announcement. I have come to the conclusion that I need to toss the idea of a TBR. I announced via Instagram some books I planned on reading this month, and as I tried to pick a couple of them up and read through them, I found myself stuck.

So I have come to the conclusion that establishing a TBR just doesn’t work for me. I’m an impulse/spontaneous/’read what I want’ type of reader. I think all those years of being forced to read things as an English Lit student have caused this sort of rebellion in me.

And I think that is totally ok to admit that TBRs aren’t for you. The reason this kind of came up is because of all the recent readathons that pop up when the weather gets cozy and people tend to retreat indoors.

Most of them encourage the whole ‘announcement of your TBR,’ and while that might be find to allow some people to focus. I don’t think I will be participating in those types of challenges. They are just unrealistic goals for me that I will likely never meet, and then, when I do fail, I feel it hard.

Also, I read a billion resumes at work each day. I don’t want siting down to read a novel to feel like a chore either. This is my fun hobby. My escape from the daily grind. Trying to force myself to read things that don’t appeal to me in the moment kind of sucks the fun out of the whole reading experience and turns into work. And I don’t want it to feel that way.

That being said, I did participate in Dewey’s 24 Hour Readathon for a few hours yesterday, and I read a really awesome book called Lincoln in the Bardo. This was a recommendation from a newer bookish friend (who, ironically is also Belgian–seriously am I a magnet for this country & its people?). I will be talking more about that experience in another upcoming post! It is definitely one that deserves a stand alone review. 🙂

How about the rest of you? Are you “planners” or “go with the flow” type readers? Do you create TBRs or have you long tossed this idea?

Until next time book buds!